Has LinkedIn removed its Invite Connections feature from company pages? 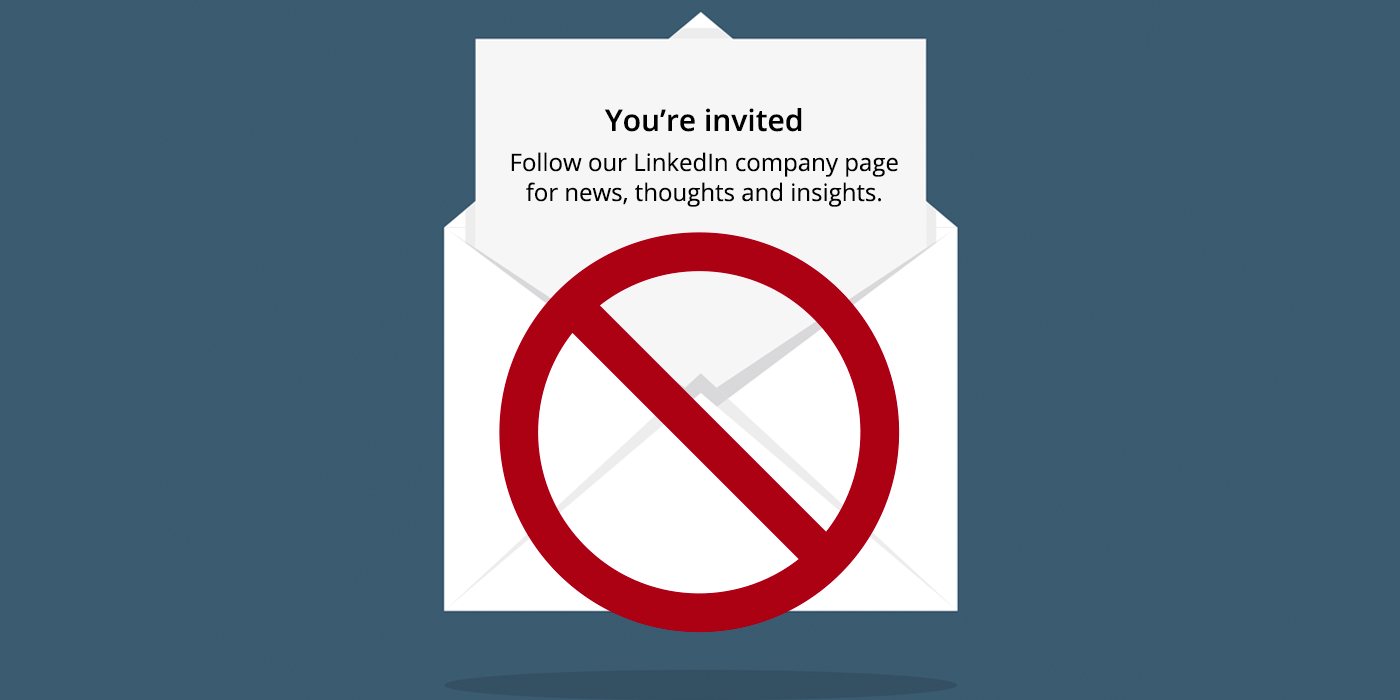 This article has been updated with new information. It was originally published on 3 Jan 2020.

Many of us have been thinking that 2020 could be a massive year for LinkedIn company pages. However, it appears that the social network giant has decided to permanently remove one of its key features from its company pages - the 'Invite Connections'.

Here at Stamford Digital we actively use LinkedIn to build connections and form new business relationships. We've found LinkedIn to be an extremely valuable platform, enabling us to promote our company values and services. Recently we've been trying to make more use of our company page. We've been experimenting to see if the LinkedIn company pages can be as popular and as useful as Facebook pages.

We have found the Invite Connections tool particularly useful in the past few months. It allowed company page admins to invite their connections to follow their company page. The tool limited you to 50 invites a day. The uptake we got from the invites we sent out was massive. So we started actively using this tool to help increase the audience of followers we had on our page. However, we were careful not to abuse this tool as we didn't want to annoy anyone in the process.

Just recently, on December 23, I noticed the tool was missing. I took a look through LinkedIn's help documentation to check if the feature had been moved. The documentation still referred to the feature being listed within the 'Admin' tools menu as 'Invite Connections'. Out of curiosity, I sent LinkedIn's Help Centre a message to find out if there was a problem with the tool. They told me that the feature had been temporarily removed from company pages and that it would hopefully be resolved as soon as possible.

I then checked back with them yesterday evening to find out if there were any further updates on the issue. I was told that the removal of the Invite Connections tool was actually an intended update, and that there are no current plans to revert back to how it was before.

I don't expect the LinkedIn team to worry too much about my request to use the feature. I'm just one user on a social network used by millions. However, more and more businesses have been adopting the tool and so I'm sure the decision to remove it wouldn't have been taken lightly.

We can only speculate why LinkedIn decided to remove the tool. Perhaps the social platform felt the tool was being abused? Or maybe many users were complaining about the amount of company page invitations they were receiving? Alternatively, on the flipside, LinkedIn may have identified how useful the tool is and is now planning on rolling out a new version. One which enables companies to track who they have previously invited and the amount of times they have invited a particular connection.

Whatever the reason, the response I received back doesn't read as if they are going to revert the decision anytime soon. This doesn't change our plan of sharing news, insights and thoughts through our LinkedIn company page. However, I'm sure that other companies will miss this helpful tool.

When I originally posted this article, I was messaged and informed by a few of my LinkedIn connections that they were still able to use the Invite Connections tool. This prompted me to dig a little further.

After some support ticket discussions with the LinkedIn team, I've found out that an update was rolled out around the 23 Dec 2019 which hid the Invite Connections tool for any users who have over 1,000 connections. This limitation is not currently listed on LinkedIn's support pages.

I've been told that this particular feature is fairly new and is still being tweaked, so we may find this limitation is removed in the future. However, for now LinkedIn company page owners face the decision of removing some of their valued connections in order to use the tool. Our advice is to write and publish engaging content on your LinkedIn page.

By doing this on a regular basis you will start to attract more followers. We also recommend sharing your LinkedIn page posts on your personal LinkedIn account. This will help your posts reach a larger audience and also help generate awareness about your page.